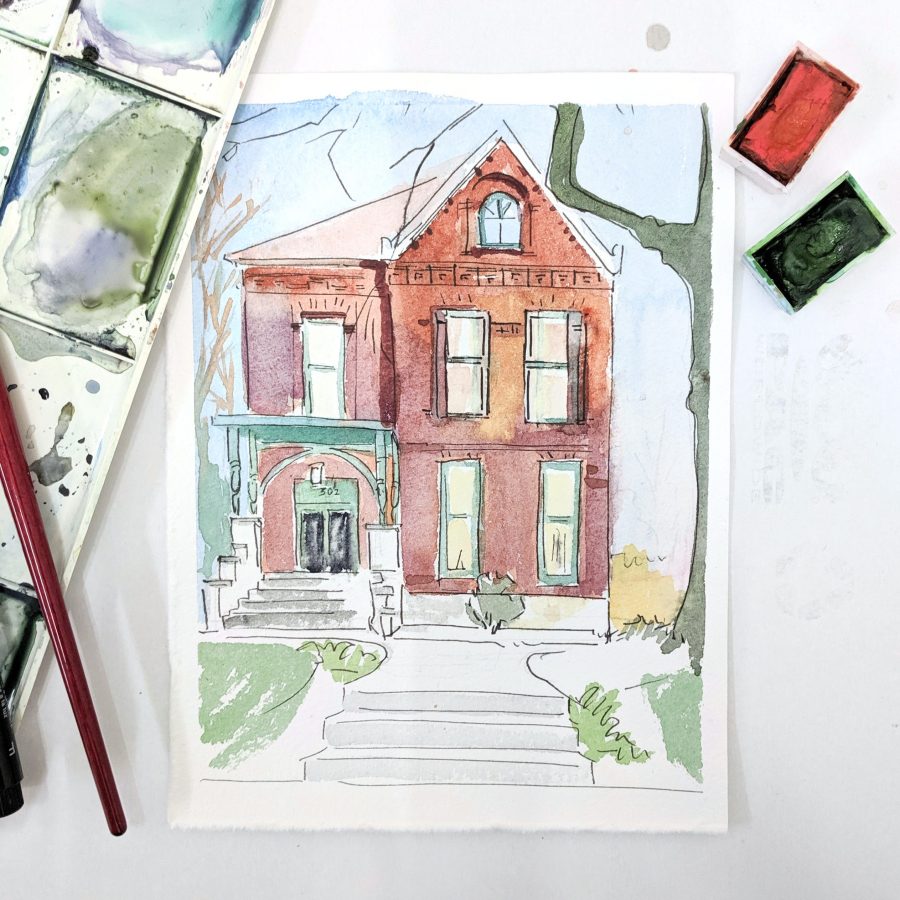 Is keeping looseness in your pen or brushwork a challenge? Working with ink and watercolor we will embrace expressive ink marks and open watercolor washes in architecture sketching. We will explore expansive ways to work from photographs and tips for staying loose throughout the drawing process. Additionally, we will investigate methods for obtaining vibrant color washes from a limited palette. From maintaining expressive line to loose brush marks, this workshop will provide a guide for making artistic architectural sketches from photos and in the field.

*All skill levels are welcome! Basic drawing is beneficial but not required

Eleanor Greer is an artist from San Diego, CA and currently based in England. Her work consists primarily of paintings that express an interest in observing and recording the specifics of urban spaces undergoing flux. Her current work and research centers on overlapping similarities in the developed landscape between Southern California and Northwest England. Eleanor has her MFA from San Diego State University. 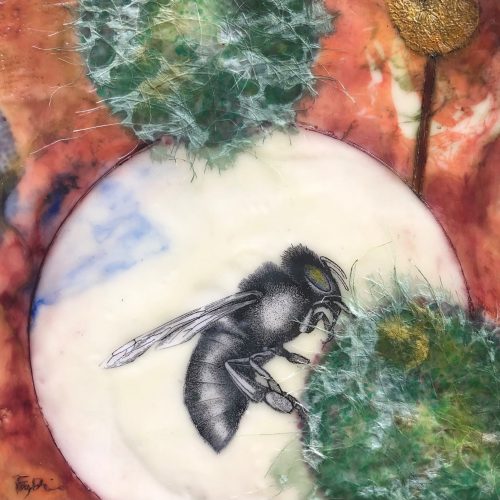 Wax + Paper is a two-day course that will explore the basics of working with encaustics on paper using a variety of materials to create dynamic and exciting paintings. Covered in the class will be
techniques for incorporating collage, paint, handmade paper, found objects, sewing, and photography with encaustic medium on watercolor paper. We will cover composition and design as well as basic safety for working with encaustic medium. There are plenty of live demos, with lots of time for making in between. There will also be a Facebook group for
questions outside of class time, as well as a place to share our work. This workshop is open to artists of all skill levels.

Fay Davis Edwards is a native of the Outer Banks, North Carolina, who works with coastal residents collecting narratives and sharing visual stories of hurricanes, climate change, and sea
level rise. An interdisciplinary artist, she employs painting, photography, installation, projection, and community engagement projects to chronicle these personal narratives. Fay earned her BFA in Painting from East Carolina University (NC), her MFA in Studio Art from Maine College of Art (ME), and is an instructor with College of the Albemarle. She maintains her studio and home on Roanoke Island, which she shares with her husband, a lively flock of chickens, and four very opinionated cats. 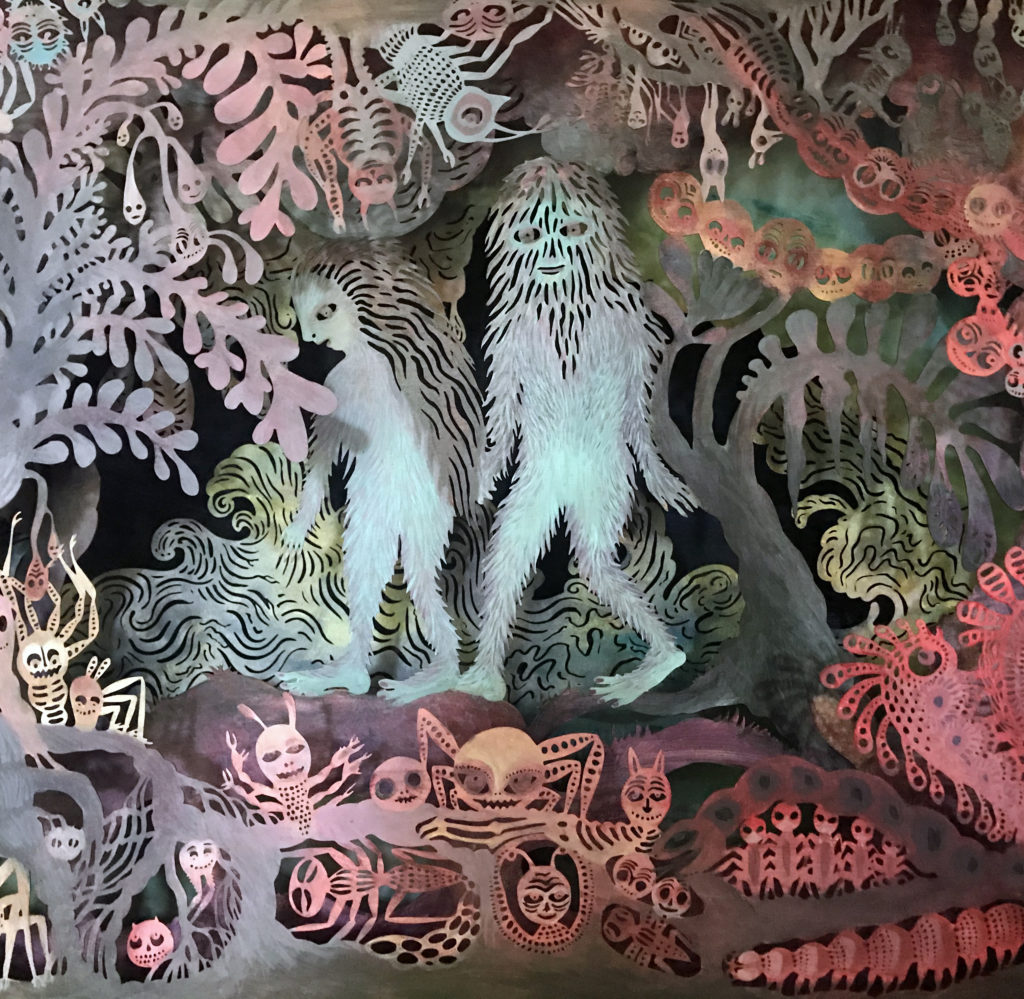 Students will learn to make a variety of kinetic paper structures. We’ll explore how simple pop-up elements can by themselves or in combination create surprisingly complex visual effects. Each participant will have a choice to make a portfolio of individual movable paper sculptures or a one-of-a-kind pop-up book.

Andrea Dezsö is a visual artist who draws, paints and sculpts. Dezsö’s work explores women’s roles, family, authoritarianism, migration and belonging. Dezsö’s richly detailed artwork invokes nature and folk tales to tell stories, and is often masterfully hand-crafted. Dezsö’s permanent public art commissions are installed in three New York City subway stations, at the United States Embassy in Bucharest, Romania, and at CUNY BMCC’s World Trade Center location in Manhattan. Community Garden, Dezsö’s mosaic mural in the Bronx subway, was recognized as Best American Public Art in 2007 by Americans for the Arts. Dezsö was born in Transylvania, Romania, went to university in Budapest, Hungary, lives in America and exhibits in museums and galleries around the world. 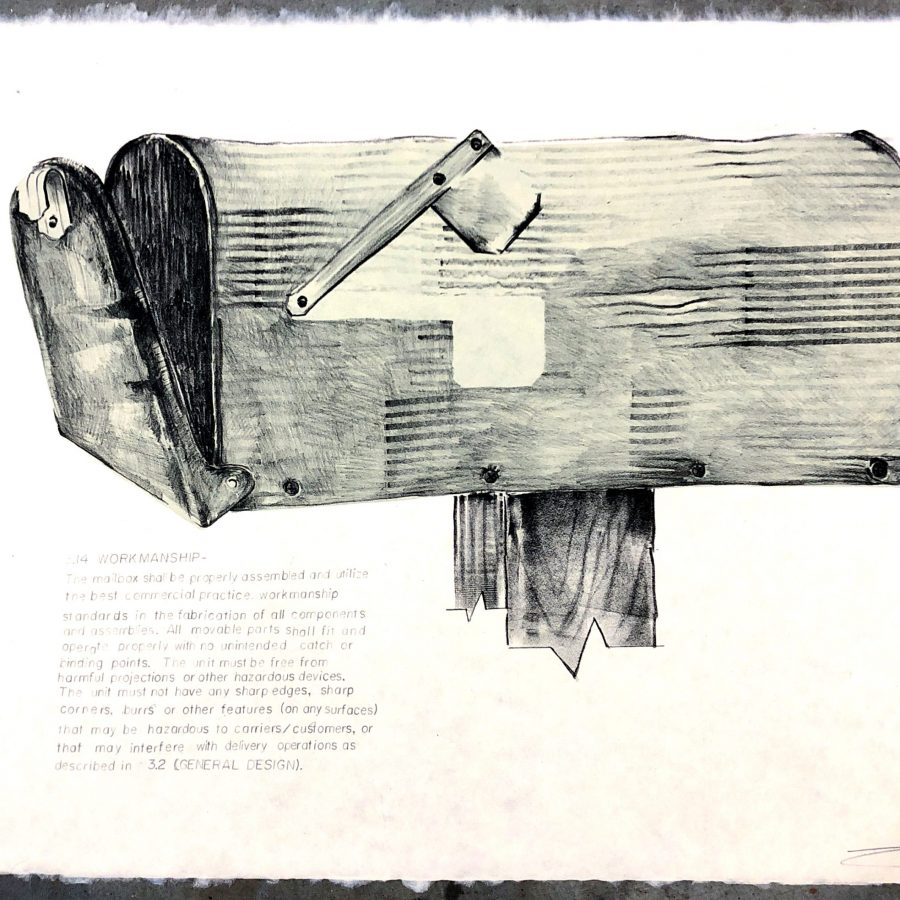 We will discuss the expectations of media and its relationship with paper while discovering the limitations of the two. Expect to use additive and subtractive techniques and some uncommon tools and medias that will be assigned to each participant.

No special skills will be required, everyone can join!

Jay Fox is from Morganton, NC. He holds a BFA in Printmaking from the Savannah College of Art and Design and a MFA from the University of Wisconsin – Milwaukee. Jay is currently based in Atlanta GA where he makes works on paper and sculpture. 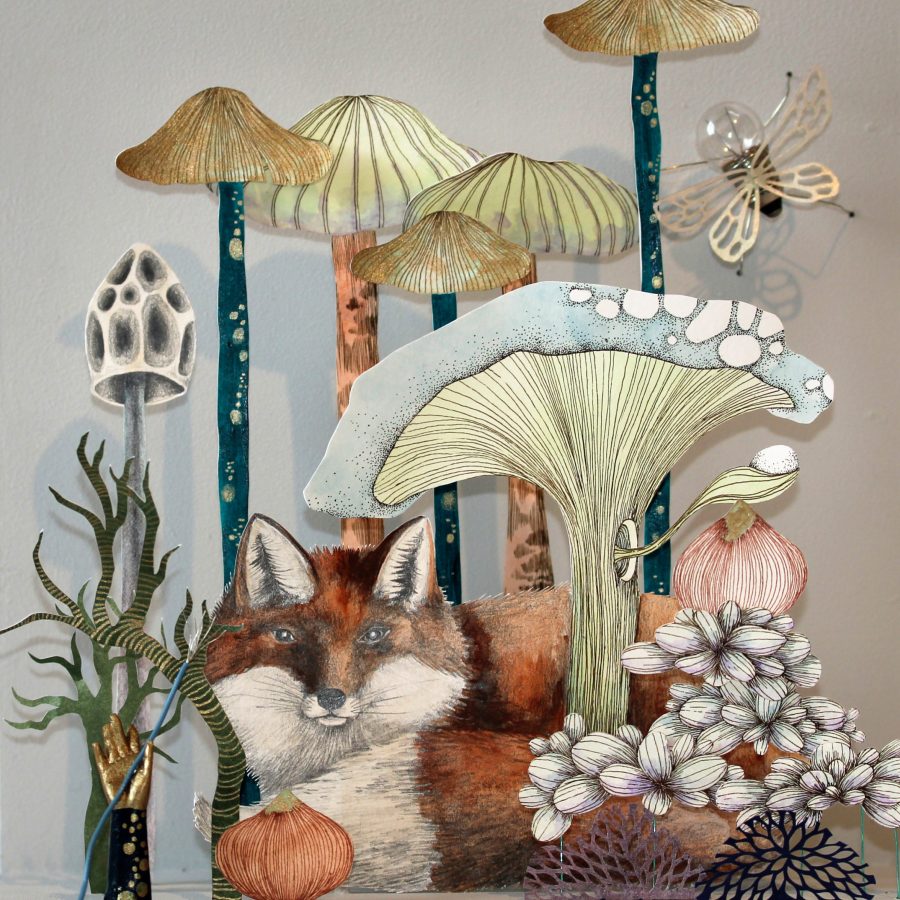 The workshop is about creating a paper scenario inspired by a folk tale, movie image, painting from art history, or just a creation from imagination. In the workshop they will see from the basic illustration techniques, cutting techniques, until the final assemblage.

My name is Teresa Currea from Bogotá, Colombia. I was born in August 1985, and studied fine arts in Colombian Nacional University, and graduate in 2008. Since that moment it begins my path as an independent artist, exploring drawing and paper construction in my work. In my pieces, I use the idea of diorama, as a way of changing a bidimensional drawing in a tridimensional scenario, using surrealism like inspiration. Lately my work is attached to images and forms from Japan because I lived there for a bit more then a year during 2020. 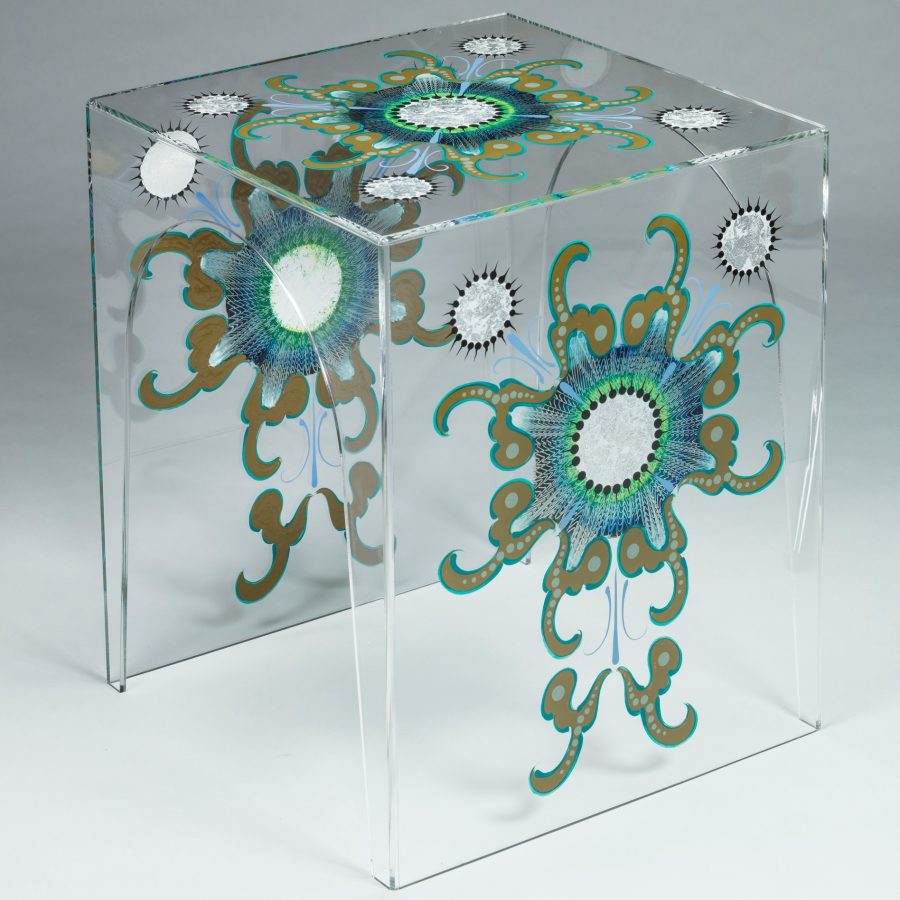 Norwegian rosemaling is a decorative folk art originating in the mid 1700s in rural Norway. In this class we’ll learn the fundamental painting process for Gudbrandsdal style rosemaling and some history of the art form. Using tracing paper and traditional oil paint, this class will focus on the basic paint brush strokes of this beautiful folk art.

Tara Austin has a Fine Arts degree in Painting and specializes in the folk art of Norwegian Rosemaling. Her company, Scandi Bijou, provides rosemaled décor for the modern lifestyle. 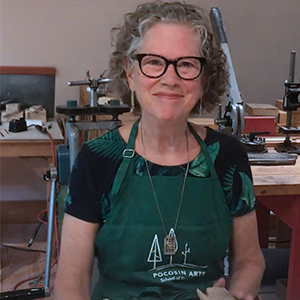 Add A Pocosin Arts Apron to Your Order!

Gear Up! Get a gorgeous new kelly green Pocosin Arts Apron with an adjustable strap and a large front pocket. Purchase includes shipping!