We began this mural in July 2020 as a collaborative community project to recognize people of color who have positively impacted the Town of Columbia and Tyrrell County. Through several online listening sessions, the community was invited to share ideas, individuals they wanted to honor, information, and images.  We commissioned a local artist to help with the design, which Pocosin staff and resident artists ultimately completed.  The individuals depicted helped shape our community; they are leaders, pillars, and citizens who contributed to our community’s strength. We honor them and their achievements in our inaugural Black History Month Mural.

If you have additional information about the lives of Estella James McCoy, LA Kieser, and George Rowsom, we want to hear from you!  Please email us at info@pocosinarts.org or give us a call.  As this project will continue in the years to come, we invite you to contribute names of Columbia community members you would like to see recognized and honored. 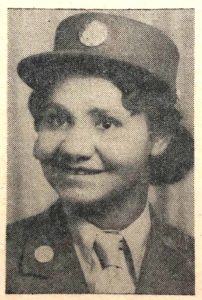 Estella James McCoy was born in Tyrrell County on June 16, 1923.  She was educated in Tyrrell County schools, and on April 24, 1944, she entered the Women’s Army Auxiliary Corps at the enlistment center in Durham, NC. She served in locations including Des Moines, Iowa. Fort Des Moines was the site of the first WAAC training center, where over 72,000 female troops were trained. She was a Private in rank, was trained as a Medical Aid Man, and was discharged at Fort Bragg, NC. Approximately 8% of WAACs were African American. She received the American Theatre Campaign Medal, the Victory Medal, and the Good Conduct Medal.

After the war, she returned to the Alligator Community of Tyrrell County, married, and had five children. She was a homemaker and active member of Zion Grove Church. She died on December 26, 2001. 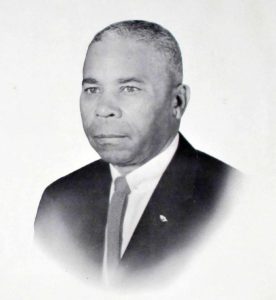 LA Kieser was a native of Oxford N.C. He received his B.S. and M.S. from North Carolina Agricultural and Technical University in Greensboro and afterward did further work at the University of Michigan. Mr. Kieser became the Tyrrell High School principal on March 22, 1946. There is a street dedicated to his name here in Columbia, NC.

LA Kieser message to the graduating class of 1962-

“For the past four years, you have been working your way diligently and wisely through the ranks of the Freshman, Sophomore, Junior, and Senior Classes. That your efforts in planting the seeds of a high school education have not been in vain is attested by the fact that you have reaped your bountiful harvest as graduates of Tyrrell High School and ready to move on to larger fields of service and preparation. I congratulate each of you on your well-deserved attainments and wish you every success as you enter New fields of endeavor, May you find them ever green and fertile.” 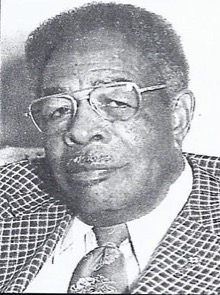 George Rowsom was born in Columbia, North Carolina, on September 8, 1911, and remained close to home even when pursuing higher education in his early years. He attended what is now Elizabeth City State University. He was the Rowsom Funeral Home owner and president in Columbia, Roper, and Edenton. He was also the Rowsom Furniture and Grocery Store owner and operator. He was a deacon at Zion Grove Disciples of Christ Church. He was superintendent of the Sunday School years for 60 years Mr. Rowsom served as the first and to date only African American Mayor of Columbia from 1974 through 1979. In 1941 he married his wife Helen Spruill, who he remained with until his passing May 21, 1996.