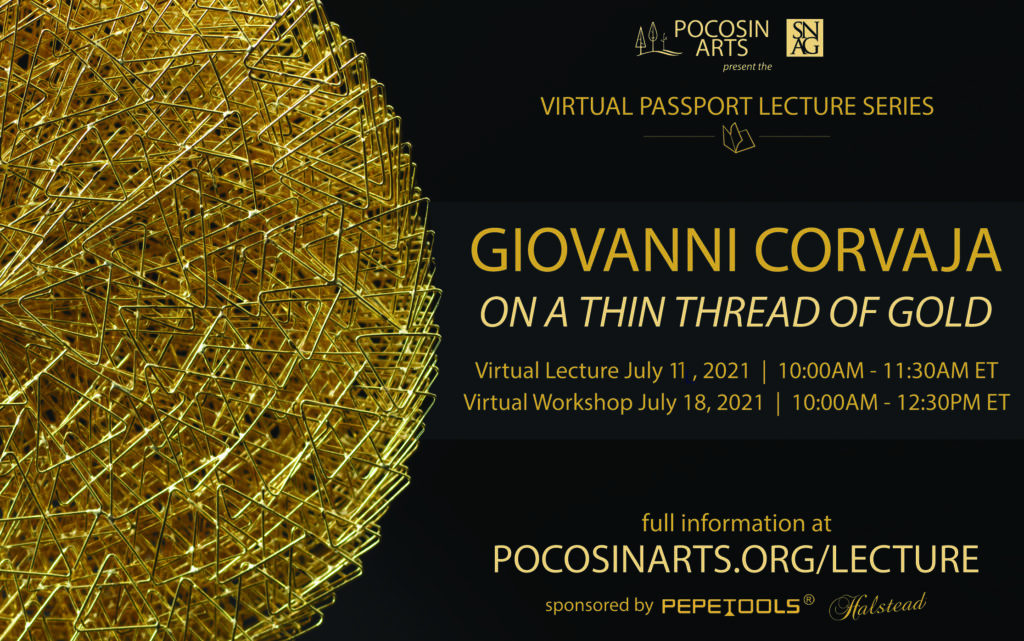 To register for the lectures by Giovanni Corvaja & guest lecturer Lucie Gledhill, please click the button that applies to you.

Register for the workshop below 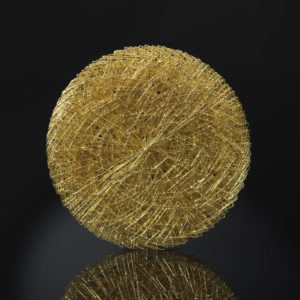 *This workshop is purely demonstration-based*

For me, transforming gold into an invisible fibre is an addictive process. It has started very simply with the curiosity of seeing how it is drawing down a piece of wire to the smallest hole of the draw plate and then, over the years finding a way to make thinner and thinner wires. I studied how it is done industrially, how those processes can be adapted to alloyed gold, platinum or silver, how, on a low budget, we can attain fibre in a small scale workshop. My research was driven both by the curiosity of making a new material and by the necessity, to attain that material to give shape to the objects that I had in mind.

During the 2 and a half hour workshop I will explain, and show how to handle a long thin wire, I will tell about the main issues that one can find. I will explain how I overcame those problems and, out of the many solution which I found most suitable

We will also talk about the advantages of making our own wire,  the differences between various materials (gold, silver, platinum and their alloys) we will talk about the tools, I will give some information on who can supply small draw-dies and think about the most cost effective equipment.

Given the time and distance, I will mix live demonstrations with some pre-recorded short videos and slides. It will be an interactive workshop, questions are welcome.

Born in Padua , Italy in 1971, he commenced in 1985 his studies in Metalwork and Jewellery at the “Pietro Selvatico” School of Art in Padua, under the teaching of the master goldsmith Francesco Pavan and Diego Piazza. During his years of study in Padova he worked privately in the workshop of both Francesco Pavan and Paolo Maurizio. It is during this period that his first works in titanium and gold emerged (1988-’89) followed by the first pieces he made in gold wire, using a  technique of three-dimensional knitting of his own creation (1989-’90). At the “Pietro Selvatico” School of Art that he obtained first his “Diploma di Maestro d’Arte” in 1988 and then in 1990, his “Maturità d’Arte Applicata”. In 1990 he went to the Royal College of Art in  London. After obtaining a Master of Arts Degree in 1992, he returned to Padua  where he decided to pursue the career as jewelry artist on a full-time basis. In 2001 he transferred to Todi in central Italy. He works as a freelance goldsmith artist in Todi and runs his private workshops/masterclasses. Giovanni’s jewelry are all one-of-a-kind pieces entirely made by himself. He works alone and carries out every process of the making, often using innovative techniques developed by himself.  His work is in the permanent collections of  several museums such as The Metropolitan Museum of New York, The Victoria and Albert Museum, The National Museum of Scotland , the Museè des Art Decoratifs in Paris and many others.