To kick-start the holiday season, we invite you to join our community of makers by creating gift tags. We’ve asked three artists to demonstrate their unique approaches to the “TAG Project”. 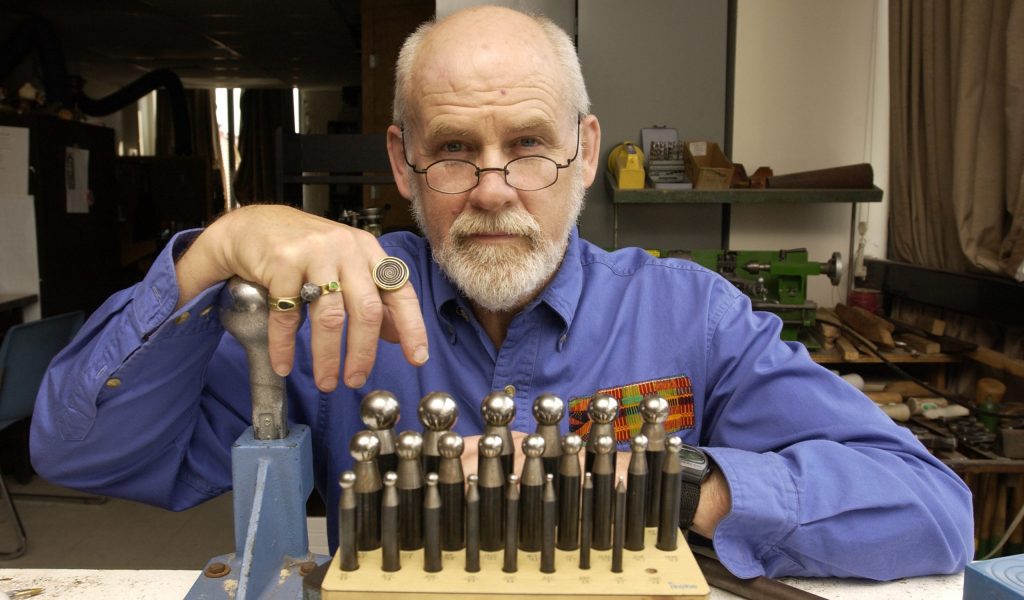 Born on September 30, 1938 in Topeka, Kansas, son of Dr. Harry Ebendorf and Nomah Large, a homemaker. Starting at a young age, his father would take him to his paternal grandparent’s tailor shop. There he would watch them work together, creating articles of clothing. He credits the time spent there, and his mother, with helping create his sensitivity to the world around him and leading him to choose a career in art.

Academics challenged Ebendorf due to a learning disability, dyslexia. However he excelled at sports, and was offered full scholarships for wrestling and football. With the encouragement of his high school art teacher, he instead decided to pursue art and chose to attend the University of Kansas where he received a Bachelor of Fine Arts degree in 1960, and a Master of Fine Arts degree in 1963.

After graduation, Ebendorf received a Fulbright Scholar Grant to study abroad at the State School of Applied Arts and Crafts in Oslo, Norway. He returned to Norway again in 1965 when he was awarded a Louis Comfort Tiffany Foundation grant. He stayed there until 1966, working in Fredikstad at Norway Silver Designs.Ebendorf has said that Scandinavian art influenced his work. In 1999, he was named the Carol Grotnes Belk Distinguished Professor of Art at the East Carolina University School of Art and Design and is a board member of the National Endowment for the Arts.

Jaki Shelton Green, ninth Poet Laureate of North Carolina is the first African American and third woman to be appointed as the North Carolina Poet Laureate. She is a 2019 Academy of American Poet Laureate Fellow, 2014 NC Literary Hall of Fame Inductee, 2009 NC Piedmont Laureate appointment, 2003 recipient of the North Carolina Award for Literature. Jaki Shelton Green teaches Documentary Poetry at Duke University Center for Documentary Studies and has been named the 2021 Frank B. Hanes Writer in Residence at UNC Chapel Hill. Her publications include: Dead on Arrival, Masks, Dead on Arrival and New Poems, Conjure Blues, singing a tree into dance, breath of the song, Feeding the Light, i want to undie you. On Juneteenth 2020, she released her first LP, poetry album, The River Speaks of Thirst, produced by Soul City Sounds and Clearly Records. Jaki Shelton Green is the owner of SistaWRITE providing writing retreats for women writers in Sedona Arizona, Martha’s Vineyard, Ocracoke North Carolina, Northern Morocco, and Tullamore Ireland.

After briefly studying art at the Ecole des Beaux-Arts of Lyon, and Mandarin Chinese at the Université of Lyon III, Coron experienced life with a series of odd jobs. She has been, among others, a shepherdess, truck driver, factory worker, cleaning lady and a New York City tour guide. Coron moved to New York in 1985 where she reinvented herself as an artist. 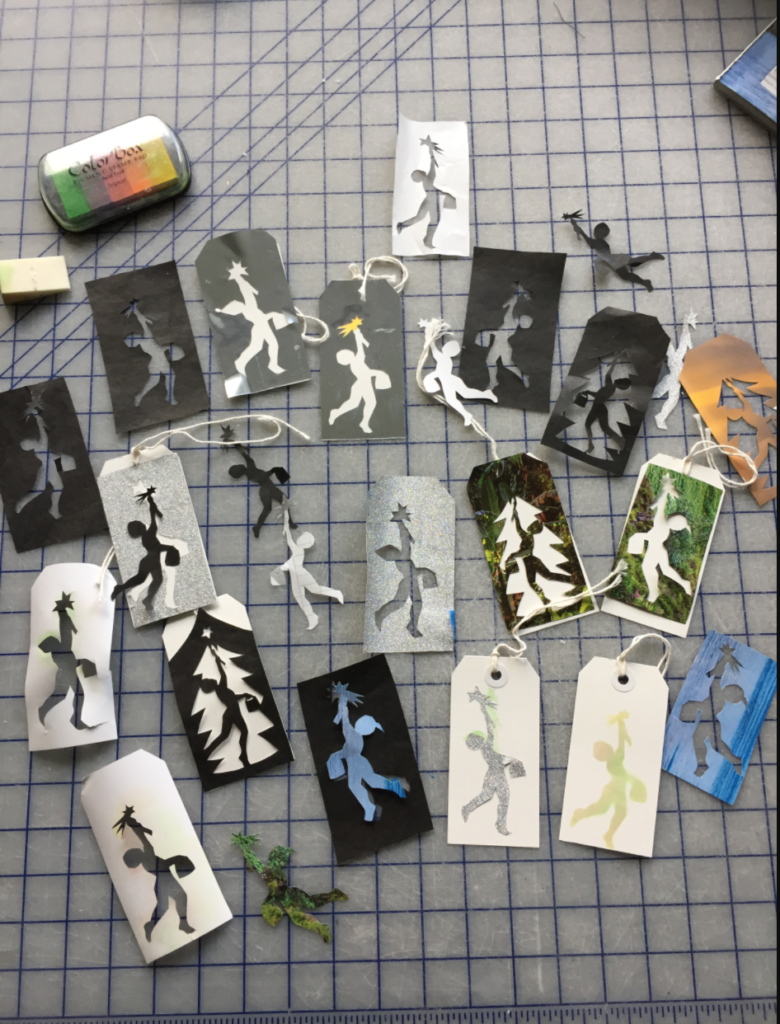